Here at Kids in Madrid we often discuss the difficulty of keeping up the minority language whilst our youngsters begin to socialize with Spanish children and are having childhood experiences in this beautiful new language that is foreign to one or both of their parents. In our guide to the common methods of bringing children up bilingually we outline the practical steps that parents can take in order to introduce fluency in both languages from day one. Now it is time to focus on tips that encourage children to use their minority language fluently.

The internet is full of parent bloggers like me who share nuggets of advice as we bring up bicultural and bilingual children. Here are some of the voices for September 2019: 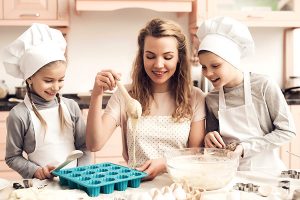 Writing in Bilingual Child’s Play, blogger Mom Sue, who is bringing up her children bilingually in French without being a native French speaker herself, suggests keeping a diary of proud moments of the bilingual journey, including noting down when your children recount their school day in the minority language. Re-read those tales to your child and thus reinforce the fun memories of that school day in the minority language, rather than in the language it was first experienced in.

If English is the minority language, you are in luck as Madrid is peppered with English-speaking playgroups. As mentioned in last year’s post, there are many English language social groups in Madrid, from toddlers mornings to outdoors activity organizers, that meet regularly to do fun things in English with their kids. The joy of being able to socialize with other likeminded families makes minority language fluency a less daunting task.

The advantages of an au pair 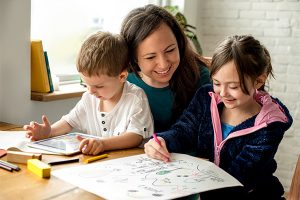 Other minority languages for families in Madrid

For families who speak other languages there are cultural centres for almost every foreign language imaginable in Madrid. From Arabic, Chinese, and French, to Dutch, Polish, Czech and Finnish,  the list is endless and Madrid’s truly multicultural identity shines out through the availability of meeting places for speakers of non-Spanish, non-English mother tongue languages. Some of these cultural centres have organized language acquisition curriculums that are taught to youngsters from aged 3+ throughout the year at special weekend classes. The only pre-requisite for all these children’s classes at the cultural centres is that one or both parents speaks the minority language as a mother tongue.

Learning a third language for fun 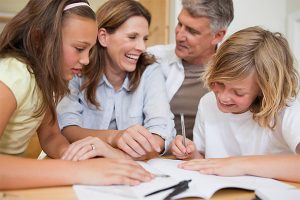 And for those of you who are brave enough to consider embracing a third language at home, why not check out our recommendations here? There is a range of service providers in Madrid who teach French, German and Chinese from scratch to small groups of children.

We are always interested in hearing about your experiences as a multilingual family in Madrid. We look forward to reading your comments on our Facebook page!